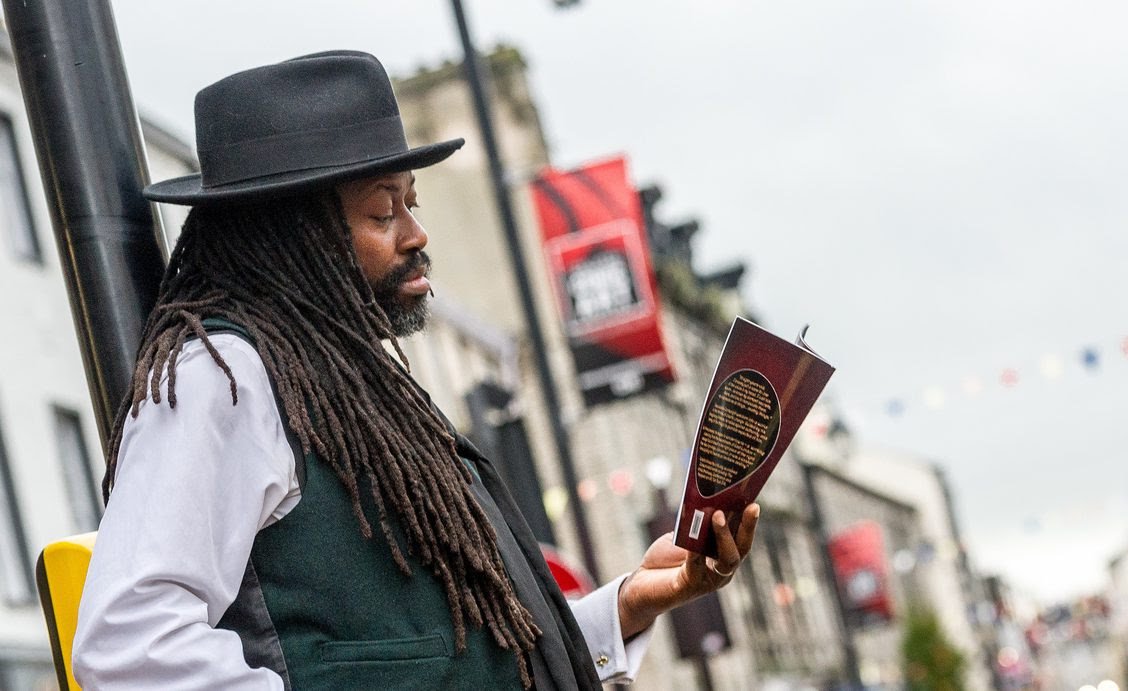 The latest names to join the guest list reflect the Festival’s aim to offer a diverse, international line-up of guests, echoed in its international and research projects work working with Comic Art Europe, among others.

“After our foray into the virtual last year, the aim is to make our return to the physical space in Kendal as exciting and entertaining as ever.”

The Festival will take place across multiple venues around Kendal, including the Brewery Arts Centre, which has played an important part in the weekend-long event’s activities since it began back in 2013. The Comics Clock Tower is also set to be busy, albeit with a smaller number of publishers, creators and retailers present, reflecting social distancing requirements.

Yomi Ayeni is currently working on a new story, which will see its debut in some form at the Festival, featuring art by Graham Leggett (1826), lettered by Mike Stock.

“It’s called ‘Operation Noyade’ and it’s a twisted look at what some will call the final days of the Thatcher government,” he teases. “It was written as a film script, and was inspired by the socio-economic situation, unemployment, homelessness, and the excesses of the Yuppie tribe – remember them?

“We will have the first instalment ready for LICAF, or at least a teaser.”

You can expect many more new project reveals, exclusive announcements, and more at the Festival in October… so be ready to book your tickets!

The Festival will confirm its physical event is to go ahead in May, with tickets going on sale soon after.

He is one of a few writers engaged in bringing a multicultural slant to the Steampunk genre, by exploring Victoriana outside Great Britain. Clockwork Watch is a collaboration of talents, including Corey Brotherson (editor/adapting writer), Jennie Gyllblad (artist) and Megan Bradbury (artist).

Sayra is currently training with the institute to become a lecturer, studying for a PGCHE, whilst tutoring on the MA Illustration course, and is also working on her next graphic novel.

Begum’s style is influenced by Islamic miniatures and Surrealism, her primary tools are her mechanical pencils. Her acclaimed first graphic novel, Mongrel, tells the story of a British Muslim woman who grew up in-between two cultures. She challenges conventions and looks beneath the surface to celebrate differences and reveal the common humanity.

Hugleikur Dagsson was born in the winter of 1977 in the northern part of Iceland. Since then, he has been breathing oxygen and eating sharks to fuel his artistic tendencies. He graduated from the Iceland Academy of the Arts in 2002 and is now an established comedian, cartoonist. screenwriter and director. He has published around 30 books, mostly comics or cartoon collections with focus on dark humour. He has written three plays, directed his own animated TV series and is also in a boyband.

A graduate of the Academy of Fine Arts in Kinshasa, Albert Luba Ntolila began his career in the Ninth Art in 1989, in the monthly Le Sport africaine, illustrating “Ndaye”, the story of a blessed striker.

In 1991, he participated with Roger Beley and Fifi Mukuna in the creation of the monthly comic strip, Évasions, published by Le manager. Three years later, he released his first album (on a screenplay by Nlandu Mayamba, with Roger Beley as co-author), a political awareness work entitled People in action: Zaire, free and democratic elections, edited by the Amos Group. A version in Swahili (Raia katika maendeleo: Zaïre uchaguzi huru na wa kidemokrasi) and one in Tshiluba (Bena ditunga mbadiele ngoma: Zaire masungula a mu budisuile ne budikadile bua Bantu) are being published in parallel.

In 2009, he participated in the Algerian collective album, La co mic book tale Africa, published by Dalimen Éditions, and his work appeared in the collection 50 years of independence 100 caricatures. published by the Lille School of Journalism in 2010.

In 2008, he created, with other artists, the association A.b.Communication, which he chairs, which publishes the magazine Fara fara, which has also featured his work.

Drawing comics professionally since the age of fifteen, Eisner Award winning Sean Phillips has worked for all the major publishers. Since drawing Sleeper, Hellblazer, Batman, X-Men, Marvel Zombies, and Stephen King’s The Dark Tower, Sean has concentrated on creator-owned books including Criminal, Kill Or Be Killed, Incognito, Fatale, The Fade Out, Pulp and the Reckless series.

Sean lives in the Lake District, where he is currently drawing the next Reckless book written by his frequent collaborator Ed Brubaker.

Clarice Tudor is a comic artist and cartoonist specialising in sad dogs and self-deprecating comedy. Her introspective comics go from wholesome to savage fast enough to give you whiplash.

Clarice’s quippy one-liners have amassed over 62,000 followers on Instagram. But it’s not just webcomics! Clarice also writes longer form graphic short stories such as Love at First Bite, a sweet tale of two queer vampires which was longlisted for the coveted Observer/Cape/Comica Graphic Short Story Prize.

After graduating from the University of Leeds, she turned her personal artistic practice into a thriving small business as well as working freelance! Clarice’s impressive list of clients includes The Guardian, Sanrio/Hello Kitty, It’s Nice That and Tumblr.

Clarice’s visual style relies heavily on cuteness and animals as a means of taking ugly feelings and making them more digestible. She thinks “anthropomorphism makes it far easier to look at ourselves honestly.” She states that her goal is similar to that of many cartoonists – to take a thought, concept, feeling or issue and break it down into an appealing, simple, easy-to-digest piece of art that inspires or soothes the soul. What sets Clarice apart is her youthful wit.