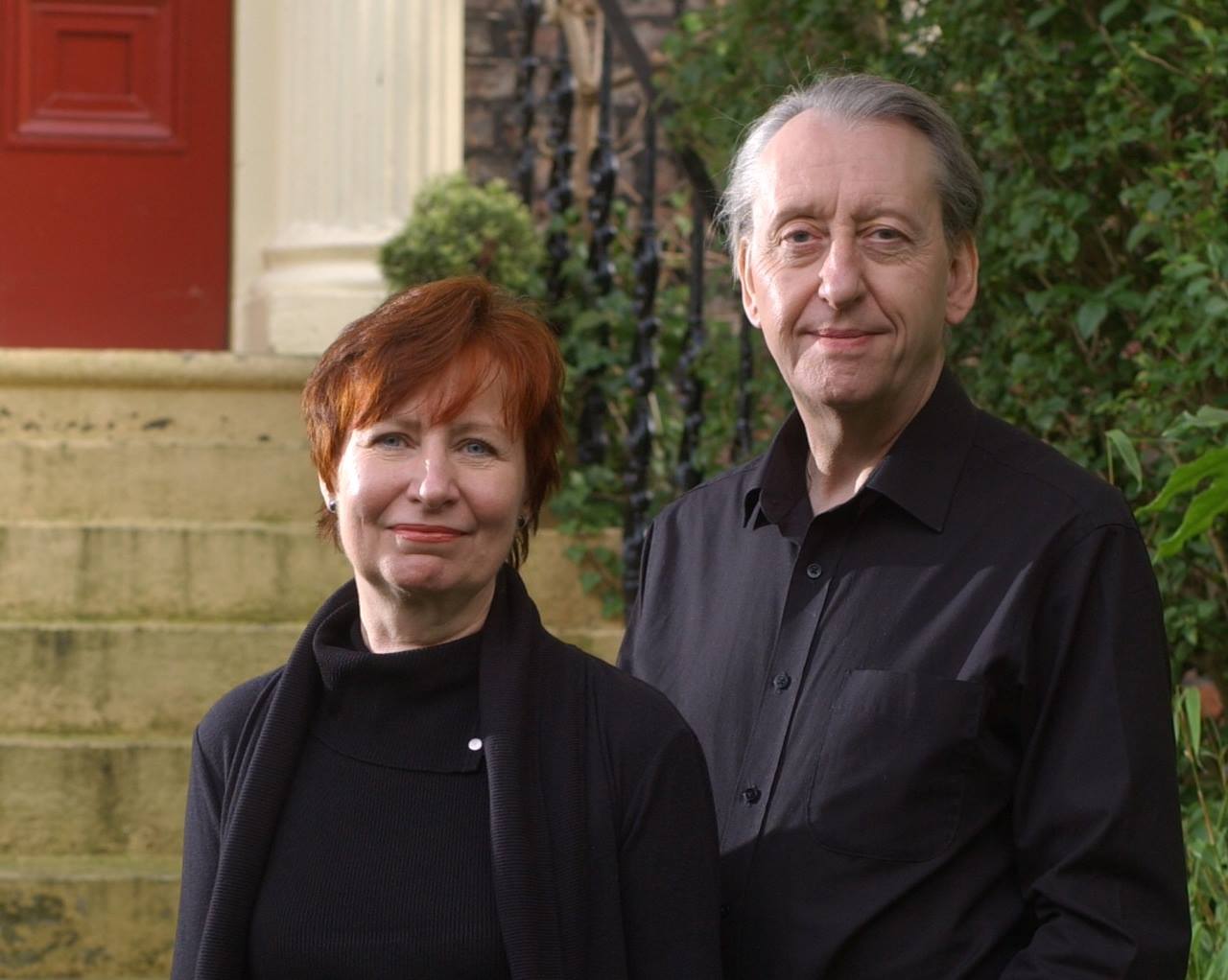 First published illustrations appeared in Mallorn, the British Tolkien Society Magazine1969. In 1971 he drew the cover to the first issue of Dark Horizons, the magazine of the British Fantasy Society.

Bryan worked in British underground comics for five years, creating, writing and drawing the Brainstorm Comix series for Alchemy Press. The first three issues, the Chester P. Hackenbush Trilogy (1975 -78), were reprinted in one volume entitled BRAINSTORM! in 1982. Hackenbush was later Americanised into Chester Williams by Alan Moore for the DC series Swamp Thing. Brainstorm six featured The Omega Report (1978), a popular story which blended Sci-Fi, rock music and comedy into a private detective pastiche. A twenty-five year anniversary book collecting all this material in a 120 page trade paperback was published in 2000 entitled, again, BRAINSTORM!

In 1978, Bryan began the monthly one-page serial Frank Fazakerly, Space Ace of the Future, a space opera parody for Ad Astra magazine. This was later reprinted in one volume.

This year also saw the beginning of his epic saga The Adventures of Luther Arkwright in Near Myths, reprinted and expanded in 1981 in the ground-breaking comic art magazine Pssst! In 1982 the first collected volume of Luther Arkwright was published by Never Ltd. This book and Raymond Briggs When the Wind Blows, published in the same year, are usually considered the first British graphic novels, though the serialised form of Arkwright pre-dates the latter by four years.

In 1982 Bryan produced many illustrations for pop music magazines and 100 illustrations for a series of German role-playing-game books. He also wrote and drew the underground-style SF comedy-adventure strip Scumworld for a year in the weekly rock music newspaper Sounds.

In 1983 he began working for the weekly SF comic 2000AD. In collaboration with writer Pat Mills, Bryan produced three books in the popular Nemesis the Warlock series reprinted at the time by Titan Books and again in November 2006 by Rebellion Books. His work on Nemesis won him four Eagle Awards. He also worked on Judge Dredd by Alan Grant and John Wagner, which included production of full-colour strips for the 2000AD annuals and a twenty page RPG strip in the first issue of Diceman.

Returning to The Adventures of Luther Arkwright, he completed the story in a 9 issue comic book version published by Valkyrie Press. This was followed by the three volume trade paperback reprint edition in Britain from Proutt and the American edition of the comicbook from Dark Horse. Nominated for eight Eagle awards at the 1988 UK Comic Art Convention, the Valkyrie edition won Bryan four. In 1989 Arkwright won the Mekon award given by Society of Strip Illustration for ‘Best British Work’.

The story, with its blend of science fiction, historical, espionage and supernatural genres, its experimental, narrative techniques and avoidance of sound effects, speed lines and thought balloons was a seminal work. Garth Ennis, Warren Ellis, Grant Morrison, Steve Bissette, Neil Gaiman, Michael Zulli and Rick Veitch among others have all acknowledged its influence. It now has a strong cult following and has inspired fanzines devoted to the Arkwright mythos. Prose stories based on Arkwright have been written by SF authors John Brunner and Colin Greenland. The Luther Arkwright Role-Playing Game was published in 1993 by 23rd Parallel Games and a brand new Arkwright RPG by Hogshead Games is currently in production. The whole story was reprinted in a single volume by Dark Horse, now in its 4th printing. Last year saw the sale of the film option to Koukou Productions and the three-hour audio drama adaptation by Big Finish was released, staring David Tennant as Arkwright. It is published in eight countries.

Over the last 15 years Bryan has produced work for the American company DC Comics on titles such as Hellblazer (with Jamie Delano), Sandman (with Neil Gaiman) and the 200 page prestige format creator-owned series The Nazz (with Tom Veitch). The Spanish edition of the Constantine story The Bloody Saint won the Haxtur Award for best short story. The Sandman Special #1, The Song of Orpheus, was nominated for a Harvey Award. He wrote and drew Mask, a two-part Batman story for Legends of the Dark Knight. Nominated for two Eisner awards, it was reprinted in 1996 with the addition of one extra page in Dark Legends. The Spanish edition of Weird Romance, his four-part story arc for The Dreaming, won the Haxtur Award for Best Writer.

Bryan has created a variety of comic strips and illustrations for publications as diverse as Imagine, Street Comics, Slow Death, Vogarth, the Paradox Press Big Books, Stardust, Transmetropolitan, The Radio Times, Wired, Spin, Knockabout, i.t. and the Manchester Flash. For Xpresso he teamed up with top European writer Matthias Schultheiss to create Brainworms. He has produced illustrations, including covers for DC Superheroes Monthly, Octobriana, Dan Dare, Wizards of the Coast, Nemi and Computer and Video Games, art prints, posters, badges and logos. In 1992 he was honoured to be one of the contributors to the first Arzak portfolio published by Moebius’ Starwatcher Graphics. In 1997 Knockabout Comics published X-directory – the Secret Files of Bryan Talbot, a thirty-two page collection of black and white short strips.

He’s also worked as a full-time graphic designer for the Longcastle advertising agency and British Aerospace.

In 1981 he worked with Science Fiction writer Bob Shaw on the Granada TV Arts programme Celebration to produce Encounter with a Madman (Dir. David Richardson) and in 1994 he produced the concept illustrations for a TV movie adaptation of a Ramsey Campbell story, Above the World.

His graphic novel The Tale of One Bad Rat, won an Eisner Award, a Comic Creators’ Guild Award, two UK Comic Art Awards, two US Comic Buyers’ Guide Don Thomson Awards , a Parent’s Choice Award and a Squiddy – the Internet Comic Award – for Best Graphic Novel. It was nominated for The National Cartoonists’ Society of America’s Rueben Award, a Harvey Award, a James Tiptree Jr. Award and a British Library Award. In 1998 it appeared in the New York Times annual list of recommended reading and is a set text in some schools and universities. It has been published in ten countries.

The book deals with the after-effects of child sexual abuse. It is used in several child abuse centres in Britain, America, Germany and Finland. The book will be republished in the UK by Jonathan Cape next August as the first in their new series “Classic British Graphic Novels”.

His 284 page Luther Arkwright graphic Novel, Heart of Empire, was published in nine parts by Dark Horse, winning an Eagle Award and nominated for two Eisners. It was published in one trade paperback volume and a signed, limited edition hardback in 2001 along with A CD-Rom version complete with over 65,000 words of commentary and a wealth of extra visual features. The Spanish edition won a Haxtur in 2003 and was nominated for an award at the Barcelona Festival in 2004. This year Big Finish will release the audio drama version, with David Tennant reprising his role as Arkwright.

In the last few years Bryan has produced illustrations and covers for various magazines and Internet web sites, including character sketches and frontispieces for Gwyneth Jones’s Bold as Love series of novels, and has drawn and painted Sire – a four-page Vampire strip for France’s Editions Carabas. He pencilled the 4 issue miniseries The Dead Boy Detectives and the Secrets of Immortality, written by Ed Brubaker, and pencilled and inked Bag O’ Bones, written by Bill Willingham, for the Fables series by DC Vertigo and wrote and painted Memento, a twelve-page full colour “silent” strip for 2000AD.

His book of prose anecdotes about the comic industry, The Naked Artist, illustrated by Hunt Emerson, was published in 2007 by Moonstone and nominated for a Harvey Award.

In December 2007, NBM published The Art of Bryan Talbot, a collection of some of the many magazine and book illustrations produced over the past thirty years. He wrote the graphic novel Cherubs! – a supernatural comedy-adventure drawn by hot indy artist Mark Stafford for Desperado Comics, published in Spring 2008.

The 320 page graphic novel Alice in Sunderland and was published in 2007 by Jonathan Cape in the UK and Dark Horse in the USA. The UK edition is now in its fourth printing. There are also editions in Italy, Spain and the Czech Republic. It was nominated for a Quill Award, an Eagle, a Harvey and an Eisner.

Bryan has held six one-man Comic Art exhibitions in Lancashire, London, Tuscany, Finland, Sweden and New York, appeared in numerous others and is a frequent guest at international Comic festivals. In 1998, he taught a five-day comic course at Ouro Preto University, Brazil and in 2004 he lectured at the Comic Art School in Florence. He teaches the Creative Writing for Graphic Novels residential course for the Arvon Foundation.

In 2000, he received the annual San Diego Comicon Inkpot Award for “Outstanding Achievement in Comic Arts”. In Adult Comics by Roger Sabin (Routledge 1993) he is cited as one of the creators of the graphic novel form. In July this year he was awarded an honorary doctorate for his “Outstanding contribution to the Arts as writer and graphic artist” by Sunderland University.

In January, 29,2013 Winner of the Costa biography award for Dotter of Her Father’s Eyes, with Mary Talbot. In November of 2012, in the context of Lucca Comics and Games 2012 Bryan has received the certificate worthy of honorary member of the Italian cultural association Fumettomania factory.

For a complete list of Bryan’s work, see thehttp://www.bryan-talbot.com/biog/stripography.php

BIOGRAFIA IN BREVE (in Italiano)