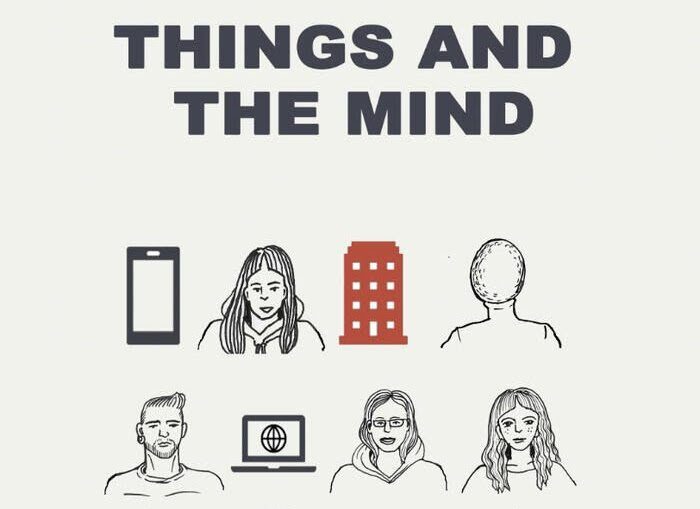 Young people’s wellbeing has been deteriorating at an unprecedented speed. This free online event, taking place Tuesday 28th June, is tailored for all colleagues at schools who would like to be better equipped with creative resources and methods that can help learners’ wellbeing, and offers one way of engaging young people with this important aspect of their lives.

The event is inspired by the publication of Lancaster University’s graphic novel “Things & the Mind“, co-created by Dr Nataša Lacković from the Department of Educational Research, Andi Setiawan and Lancaster University students. It offers nine different stories told by the students about their mental health experiences. The stories explore the ways in which students experience their wellbeing in relation to the environment and objects that surround them.

The associated interactive and digital tool “Things & the Mind”, co-created by Dr Lacković and Dr Brewster (Lancaster University) with a team of web developers, will be also available for browsing and application.”This is, we believe, the first graphic novel in English that is co-developed with a group of students about their mental health,” says Nataša. “It will speak volumes to many readers through the nuances of visual communication, comments, reflections, and memories.

“Nine students who have had prior and/or have ongoing struggles with wellbeing and mental health provided scenarios for the novel. They shared their subjective accounts of how everyday ‘matter’ – personal or indoor items, food, body, built or natural environments – affected or affect their wellbeing.

“Dr Lacković and the project team appreciate all the support by the SMaRteN network. The UK Research and Innovation grant ES/S00324X/1 as well as Lancaster University’s ESRC Impact Accelerator Account funding are gratefully acknowledged.”

The project started during the COVID-19 pandemic, she reveals.

“Although most narratives focus on students’ experience before the outbreak announcement, they are also relevant to the intensified relationship with indoor and outdoor things and spaces during the lockdown,” Natasa explains.

“While the stories consider the link between physical or spatial materiality and student mental health, they revitalise and emphasise the primary importance of human relationships and connections for one’s wellbeing.”

The launch event will introduce teachers to the online and printable resources designed to offer possibilities for learners’ interactions with the graphic novel. It will also act as an opportunity for teacher feedback and conversation in terms of how the resource could be used with secondary school learners. Practical advice on how comics and visual communication can support student wellbeing will also be included.

The event will introduce teachers to the online and printable resources designed to offer possibilities for learners’ interactions with the graphic novel. It will also act as an opportunity for teacher feedback and conversation in terms of how the resource could be used with secondary school learners. Practical advice on how comics and visual communication can support student wellbeing will also be included.

Presenters will include: Dr. Nataša Lacković from the Department of Educational Research, Lancaster University, Things & the Mind co-creator; Hester Harrington, Co-Producer of Little LICAF, the year round and in-festival programme for young people, families and educators at the Lakes International Comic Art Festival; and Richard Foster, Associate Director, Lakes International Comic Art Festival whose role includes liaison with universities to support research in comics and education.

• Find out more about Comics & Wellbeing here on the Lakes International Comic Art Festival web site. This page includes links to a bundle of resources offering teachers practical help as to how comics and visual communication can support the wellbeing of 6th Form and higher/further education students

Exhibitors in the Lakeview Market place include: