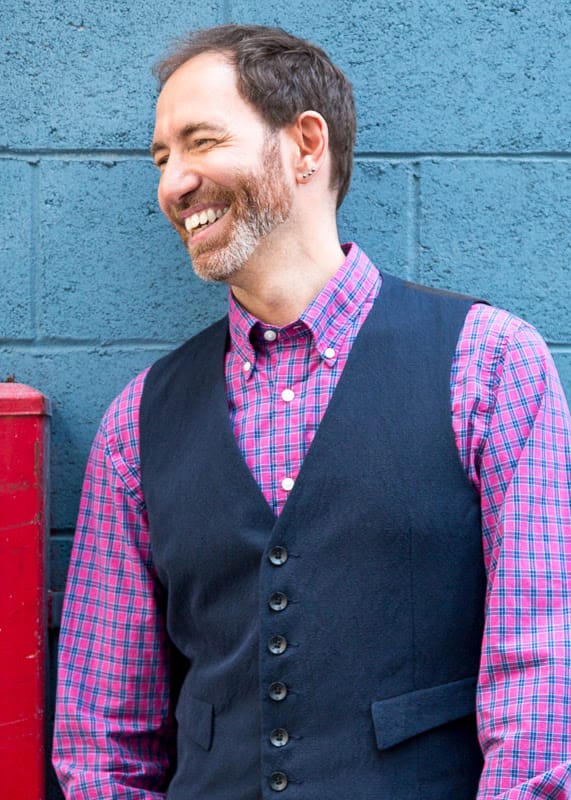 Yes, it’s nearly time for this year’s three day-long Lakes International Comic Art Festival weekend (14th – 16th October) in Kendal, but we thought you’d like to know that some of our Exhibitions will be open sooner – and it’s not long to go now before this year’s Windows Trail, supported by local businesses, artists, local schools and other organisations!

Get inside the head of internationally-acclaimed comic artist Ken Niimura. with his exhibition at the Brewery titled “Making a Scene“. Ken was winner of the Golden Prize in the 5th International Manga Award and was nominated for both Eisner and Eagle Awards for his work on I Kill Giants, created in collaboration with fellow guest Joe Kelly. His illustration book Zero reveals both a rare and diverse talent, while Travelling and Henshin, both short story collections, display that intoxicating combination of fine art and strong storyline.

Ken, who designed this year’s Festival poster, has also curated “Young, Talented And Beautiful – Five Rising Stars from Japan” presenting work by Est Em, Takehito Moriizumi, Tsuchika Nishimura, Keigo Shinzo and Miki Yamamoto – some of the most acclaimed an interesting authors of the new generation of manga artists, sharing a common interest in depicting the daily life in nowadays Japan through a combination of unique art and a very personal narrative.

Of special interest to locals – and anyone affected by last year’s winter floods across the UK – will be “Five Bridges: Stories of the Flood”  featuring art by Mike Medaglia, Lisa Woynarski and Farokh Soltani. Sponsored by Atlantis Kitchens, this is a unique comics exhibition where the human stories of flooding are depicted through comics and brought to life in a dynamic audio performance.

Featuring five different stories of people who experienced the flooding, this exhibition tells the human stories behind the flooding of the River Kent which devastated parts of Kendal. Highlighting the wider picture of the interrelatedness of all human/nature relationships, these stories provide a human experience to the often abstract and complex issue of climate change. After experiencing the stories from the flood, audience members will have a chance to contribute their own responses, drawing a self-portrait and telling their own stories, adding to and growing the exhibition.

Plus, we also have an exhibition featuring the work of Finnish artist Hanneriina Moisseinen, one of our guest from Finland this year, and, beyond Kendal, we’re delighted that the Vallum Gallery at the University of Cumbria Institute of the Arts, Brampton Road, Carlisle will be offering another chance to see the “Phono+Graphic” exhibition curated by Festival patron and top artist Sean Phillips.

• For more on all our Exhibitions, visit this page on the Festival web site

• The 2016 Festival Programme is available to view and download now!

• In a hurry? Here’s the Festival in a Flash!

We have an absolutely packed programme for you this year, including guest talks, film screenings, workshops (sign up fast, because places are going quickly!), our ever popular Comics Clock Tower, exhibitions, pop up events, unexpected comic mural drawing (including one by last year’s mural champ, Joe Decie – in Morrisons!)

Guests this year include:

Joining this growing list of top international and British comics guests, in partnership with The Finnish Institute of London , will be artists Hanneriina Moisseinen , Virpi Oinonen , Ville Ranta, Johanna Rojola and Petteri Tikkanen , along with musicians Niko Kumpuvaara and Aleksi Ranta, the latter part of the Comics in Concert project.

The festival features comic artists from around the world, as well as performance, film, exhibitions, comic trails, workshops, master classes, live drawing and independent retailers and publishers. The events programme is bursting with opportunities to get up close and personal with some of the leading comic artists and writers from across the world – see them draw, talk about their work and bring comics to life.

• Buy your Festival tickets now from The Brewery, Kendal – www.breweryarts.co.uk

A creator, writer and producer, Joe Kelly is the creator of the lauded graphic novel I Kill Giants, published by the Man of Action imprint on Image Comics, and whose run on Marvel’s Deadpool is considered an industry standard. His credits also include Four Eyes, Bad Dog, BANG!TANGO and Marvel’s Uncanny X-Men and DC’s Action Comics and JLA. As part of Man of Action Entertainment, he’s also is one of the creators of the hit long-running animated series, Ben 10 and one of the creators/executive producers and head writers of an upcoming Ben 10 series as well as the upcoming Mega Man series.

Currently in pre-production as a feature film with the screen adaptation also written by Kelly, I Kill Giants was winner of the 2012 International Manga Award from Japan’s Ministry of Foreign Affairs, a rare feat for an American. His original graphic novel Four Eyes was a YALSA “Great Graphic Novel for Teens” selection.

Deadpool was his first monthly title for Marvel back in 1997 and was immediately well received by fans and critics. When it was cited for cancellation, a write-in and Internet campaign by fans led Marvel to reverse their decision. Twenty years later, he and artist Ed McGuinness recently returned to the character with Spider-Man/Deadpool, with Issue 2 on sale in comic shops this week.

Joe is credited with writing “The best Superman story of all time” in Action Comics #775, which he adapted into a feature animation home video, What’s So Funny About Truth, Justice and the American Way? for Warner Brothers, released to great reviews in 2012. He also teaches Writing for Animation at his alma mater, NYU’s Department of Dramatic Writing.
Man of Action Entertainment, the bi-coastal creative studio and writers’ collective, started in 2000, created the megahit Ben 10, a $4.5 billion dollar boys’ action empire that has been called the most successful superhero launch of the past decade, and Generator Rex, both for Cartoon Network.

Man of Action Entertainment consists of creators and acclaimed comic book writers Joe Casey, Joe Kelly, Duncan Rouleau and Steven T. Seagle, having collectively worked on the largest franchise characters in comics from Superman to X-Men before refocusing on creating worlds and characters for their own original work published through their Man of Action imprint at Image Comics.

Beyond the world of animation, Man of Action has created wildly successful video games, toy lines, comic books, stage productions, as well as forthcoming feature films and live action television shows, most based on their own original comic book series and graphic novels. Disney/Marvel’s Academy Award®-winning feature Big Hero 6utilized the characters and team created by Man of Action, as credited in the film’s main titles. The film marked both the first time Disney turned Marvel comic book characters into an animated film and the first film based on comic book I.P. to win an Academy Award®.

• Micro Masterclass with Joe Kelly: A Question of Character

• The Merc with the Mouth: A Special Screening of Deadpool – introduced by Joe Kelly

Read the independent Red Research Evaluation Report on the 2015 Festival, which note the weekend-long event attracted almost 14,000 people to Kendal and generated an estimated £1.7 million for the host town